What is a Viral Video?

A viral video is a video that becomes popular through the process of Internet sharing, typically through video sharing websites, social media and email. 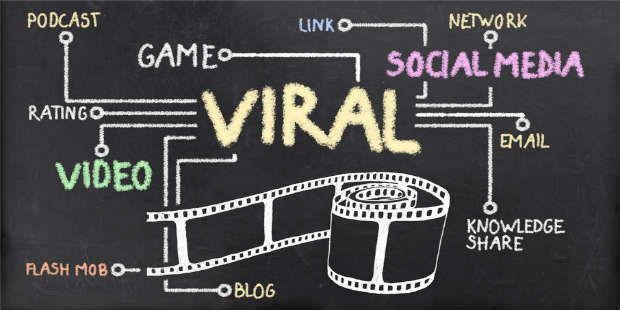 Quite often we will be asked to produce a Viral video. But let’s think about that for a minute, what is a viral video?

When someone commissions a video to be made the best possible result is to have that video seen by as many of your ideal target audience as possible. So that means creating content that is effective, engaging, memorable and depending on the subject, entertaining.

The definition of a viral video some people would say, is a video that is just shared and viewed by massive amounts of viewers. But realistically without already being a big brand, celebrity or having a happy accident and filming a situation or funny incident, this definition is hard to achieve without some serious thought. Something else to bare in mind is any potential negative result from the content, it could be said no press is bad press but we feel that is easier said when it’s some other company bearing the brunt of a bad marketing campaign.

But can you really make a ‘viral video’?

Do you really want your video to be another shareable viral, or rather to speak to your target audience, ones that are really going to engage with your brand, product or services.

Viral’s by their very nature cannot really be controlled. Whoever produces the content does not decide if a video goes viral, it is up to the viewers if they want to share your video. Therefore, content is still king! If your video has funny, relevant or has timely content, it has a more of a chance of being shared and potentially hitting the viral jackpot.

Both methods have their merits, but it is important that the question ‘why’ is asked before attempting the challenge of creating something with the specific task of being ‘shareable’.

Who creates the creative? Creative agencies

Motiv Productions are first and foremost a ‘Video Production Company’, we are also fortunate enough to work with some of the best creative agencies around and it is them that deal with idea generation & PR, getting content out to specific places that will be where your audience is. If you require creative work of this nature, please ask us and we can make sure you are put through to the right people at great agencies, whilst still handling your video production.

Motiv Video Productions are proud to work with some of the UK’s largest brands and produce content that makes a real difference to their bottom line. Well designed, thought out and planned Sharable Content is where it is at, and if you’re thinking of raising your company profile and getting your business noticed, then just contact the team here to start the creative juices flowing.